How effective is neurofeedback? 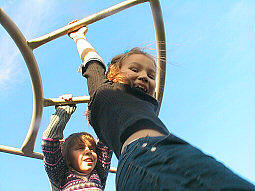 Neurofeedback has now been studied for over 40 years, and many of its clinical applications have been identified for quite some time. As with any new treatment, the literature published about it will focus on areas in which the treatment is most successful.

Since the brain is so vital to many aspects of our lives, improving overall brain function tends to have widespread positive results. It’s not unusual for someone to report that though they came in for help with one problem, they have found help they didn’t expect in other areas.

However, it is clear that neurofeedback does some things much better than others. Here are some areas in which neurofeedback performs exceptionally well:

ADD and ADHD: If you have read elsewhere on this site you have heard ADD and ADHD mentioned several times. That is because these conditions seem to be symptoms of brain disregulation that neurofeedback addresses directly. Neurotherapists often conceptualize ADD and ADHD as the result of too much slow brainwave activity, particularly in the frontal lobes. Training the brain, and especially the frontal lobes, to be “stronger” at a more normal rate of activity will tend to reduce problems with concentration and focus. In some cases learning disabilities also benefit from neurofeedback that includes work at the location in the brain associated with the impaired area (reading, speech, etc.)

For an excellent article on the emergence of neurofeedback as an effective treatment for ADHD read this chapter in The Child and Adolescent Psychiatric Clinics of North America by Lawrence Hirshberg, Ph.D., Sufen Chiu, M.D. Ph.D., and Jean Frazier, MD. The article is also summarized and reviewed in February, 2005 edition of The Brown University Child and Adolescent Psychopharmachology Update.

Epilepsy: Results with seizures is also an area where neurofeedback has shone. Often those treated with neurofeedback are people whose seizures could not be adequately treated by medication, so they are the more severe sufferers. However, neurofeedback significantly reduces the number of seizures almost three fourths of the time. Many seizure patients will continue to need medication, but they are greatly helped by neurotherapy. The article mentioned in the paragraph above this one also has information about neurofeedback and epilepsy.

Migraine Headaches: Migraines respond very well to neurofeedback, and many neurotherapists report a high level of success the vast majority of the time. In my initial training with neurofeedback Sue Othmer reported that she can often “walk” a person out of an actual, present migraine during a neurofeedback session. For many people the migraines go away and do not return.

Other conditions clearly associated with brain disregulation, including those on the autistic spectrum (including Asperger’s Syndrome,) attachment disorders, sleep disorders, Tourette’s, obsessive-compulsive disorder, Tinnitus (ringing in the ears), Parkinson’s tremors, and essential tremor also find improvement with neurofeedback. In some cases the help is not as dramatic as with the situations mentioned above, but in some cases it is. In fact, sometimes clients report a significant improvement from their very first session.

Most of what is listed above has clear neurological origins. However, In addition to the obviously neurologically related disorders listed above, more “traditional” categories of psychological problems can also find help with neurofeedback.

Anxiety: Anxiety is sometimes the result of a brain that is working too “fast” and needs to be calmed. This would certainly be the case for the types of anxiety that are more medical or genetic in origin. Posttraumatic Stress Disorder, which is a type of anxiety, is sometimes also helped utilizing a special type of neurofeedback that has a strongly calming effect, allowing some clients to somewhat spontaneously process traumatic memories without feeling retraumatized by the process. Bruxism, or teeth grinding, can also be helped.

Depression: Depression often involves problems in the frontal lobes that respond to brainwave training. This is one of the cases where the treatment of something with neurofeedback may result in needing less medication, or a client begins to look overmedicated.

Alcoholism and Drug Abuse: Neurofeedback has been found helpful in preventing relapse for those recovering from chemical dependency. Research on this began in the late 1980’s and continues.

Other miscellaneous problems that can find relief with neurofeedback include chronic fatigue syndrome, fibromyalgia, anger problems, oppositional behavior, and stress.

An Introduction to Neurofeedback

If you are looking for the old PDF titled “An Introduction to Neurofeedback” you can find it here.

Do You Have Neurofeedback News?

If you create any neurofeedback news on a regular basis, contact us here.